Nuggets in the wild

Ghent, wee have a problem...

How a historic Belgian city reduced rates of public urination step by step with a creative use of behavioural science...and a lot of yellow spray paint

Nuggets in this story

Let me transport you to a small yet historic Belgian city, rich in medieval cathedrals and belfries, interwoven with canals, with cobbled streets free of cars and full of artistic cosmopolitanism.

Introducing Ghent, the thinking man's Bruges, where impressive cultural aesthetics sit comfortably alongside a quiet, provincial sense of community amongst its 250,000 residents.

Having been to Ghent a few times, I'm always struck by how beautiful, well-preserved and fun to explore it is.

And yet, all is not well in the city.

No, because as a side effect of all its historic pubs that sell over 200 types of beer, it suffers from a significant amount of public urination in its streets, degrading its wonders in a rather multi-sensory way.

This problem was raised by Mathias Celis, a PhD researcher in Experimental Psychology at the University of Ghent, who reached out to me recently.

Mathias was interested to see whether the toolkit of behavioural science could help mop up this challenge. Let me share what he and his team did over a 13 week period to see if it made a splash, or if instead they hit a (14th century) brick wall.

The first issue to be tackled was one of awareness:

How do you make people - especially those who've had a late night drink or 5 - aware of the fact that there's a toilet nearby as they walk the streets?

The first experiment used the concept of Salience - that is, surfacing information that could otherwise be hidden, to increase the chances that people will notice the toilets.

An intervention using green footprints had already been successful in reducing litter in Copenhagen by 46% back in 2012 by making bin locations more 'salient' or observable.

Mathias was keen to see if such success could be replicated for toilets. Fittingly, he used yellow instead of green footprints. Interventions were set up at key locations around the city like this below.
‍

From tracking 8,832 hours of data from 4 cameras and controlling for weather, beer consumption at the pubs and a host of other variables, results showed a 51% decrease in public urination in the locations tested.

However, although clearly effective, salience alone needn't be the best solution to reducing public urination. People may notice the toilets but not necessarily act upon that information, especially when drunk or with friends. This leads us to problem #2:

How do you make it easier for people to take action on your intervention?

‍‍‍Inspired by the way that IKEA uses arrows throughout its store designs to craft a path through its vast retail environments to increase dwell-time to an average of 2.5 hours per visit, Mathias wondered how such decision-making cues could be used outside pubs and bars in public places.

Here, he experimented with the concept of providing both autonomy and certainty in the process, instead of steps, providing two arrows to toilets, each with 'certain' short walking distances. Doing so would shift the internal thought process from:

"Do I or do I not use the public toilet"

"Which of these two toilets should I use? I'll go to the nearest one 6 seconds away!"

This resulted in a reduction of 72.3% of urinators per day - a clear improvement on the first intervention.

Experiment 3: Provide a decision prompt and guide to task completion

What happens when you combine the two previous interventions together? Will they have a compounding effect, cancel each other out or will they have some sort of unintended consequence??

This combination had the biggest impact of all, leading to a staggering 83.7% reduction in urinations.

Below shows the impact of the different interventions next to the control for the study.

Much like a beer-filled drunk with a full bladder, wee can't wait to see what Mathias works on next!

What does it all mean?

Socially, as the restrictions placed upon us by Covid start to decline, people will return to pubs and bars, leading to a likely resurgence of this problem in towns and cities across the world.

Economically, as travel and tourism resumes, and cities seek to persuade us with their cultural charms, there's a unique opportunity for Councils to use this moment to clean up any bad behaviours that would otherwise leave a bad stink for visitors.

Behaviourally, this is a great example of different Nuggets within the behavioural toolkit being used together to solve a common social problem.

And personally, when I look up at that 15th century medieval church, Mathias's work will help me to be reminded more of its history and less of its piss-story. #pee-kend-rule

ou to create and format headings, paragraphs, blockquotes, images, and video all in one place instead of having to add and format them individually. Just double-click and easily create content.

Headings, paragraphs, blockquotes, figures, images, and figure captions can all be styled after a class is added to the rich text element using the "When inside of" nested selector system.

Offering a positive, brand-enriching experience that's far-removed from conventional misuse, UK-based Honest Burgers show us how to 'do scarcity' well

Turning a Bye into a Goodbye

‍How streaming service Spotify have navigated the pain of subscription cancellations by offboarding customers with speed, ease and unexpected delight.

From receiving the booze to joining in the cheers

In celebrating that moment when our past losses becomes eventual gains, Budweiser's clever self-expression strategy can't help but bring us closer emotionally during times of physical distance...

Your introduction to Nuggets In The Wild

A new part of Coglode where you can read stories about how combinations of behavioural insights are used to make new and better experiences in the real world.

Using curiosity to redesign travel and bring out our inner explorer

How Dutch firm srprs.me have artfully navigated that difficult balance between too little information and too much… 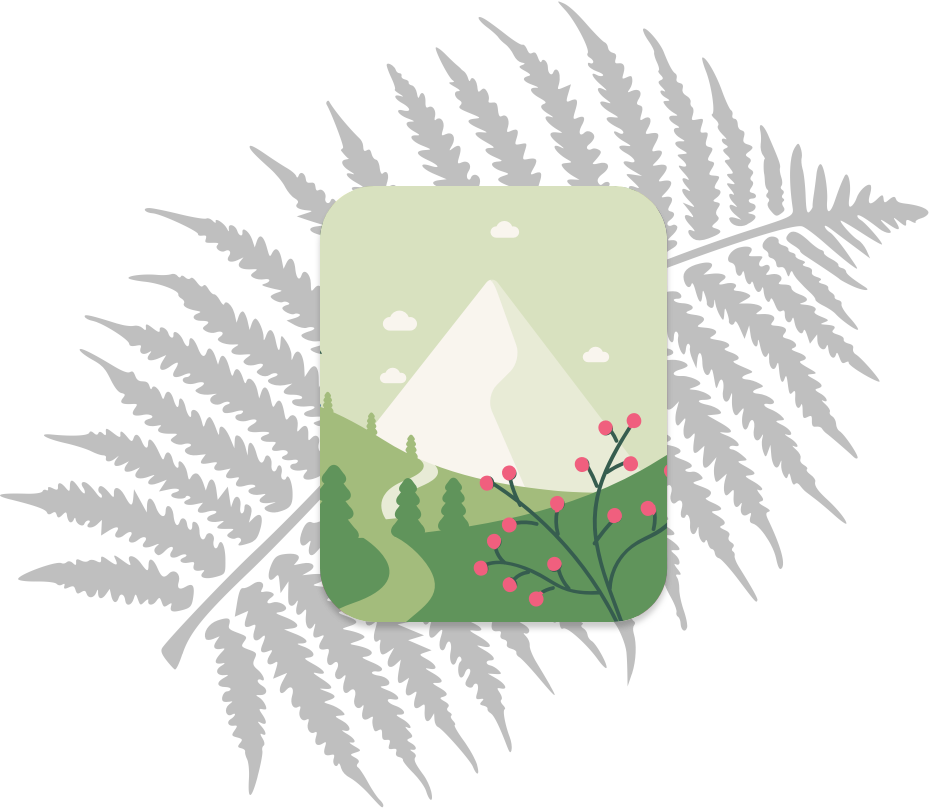 Seen a Nugget in the wild?

Share the details and if we feature it, we'll send you a box of Nuggets!

ThanksWe'll check it out and get back to you
Oops! Something went wrong while submitting the form. 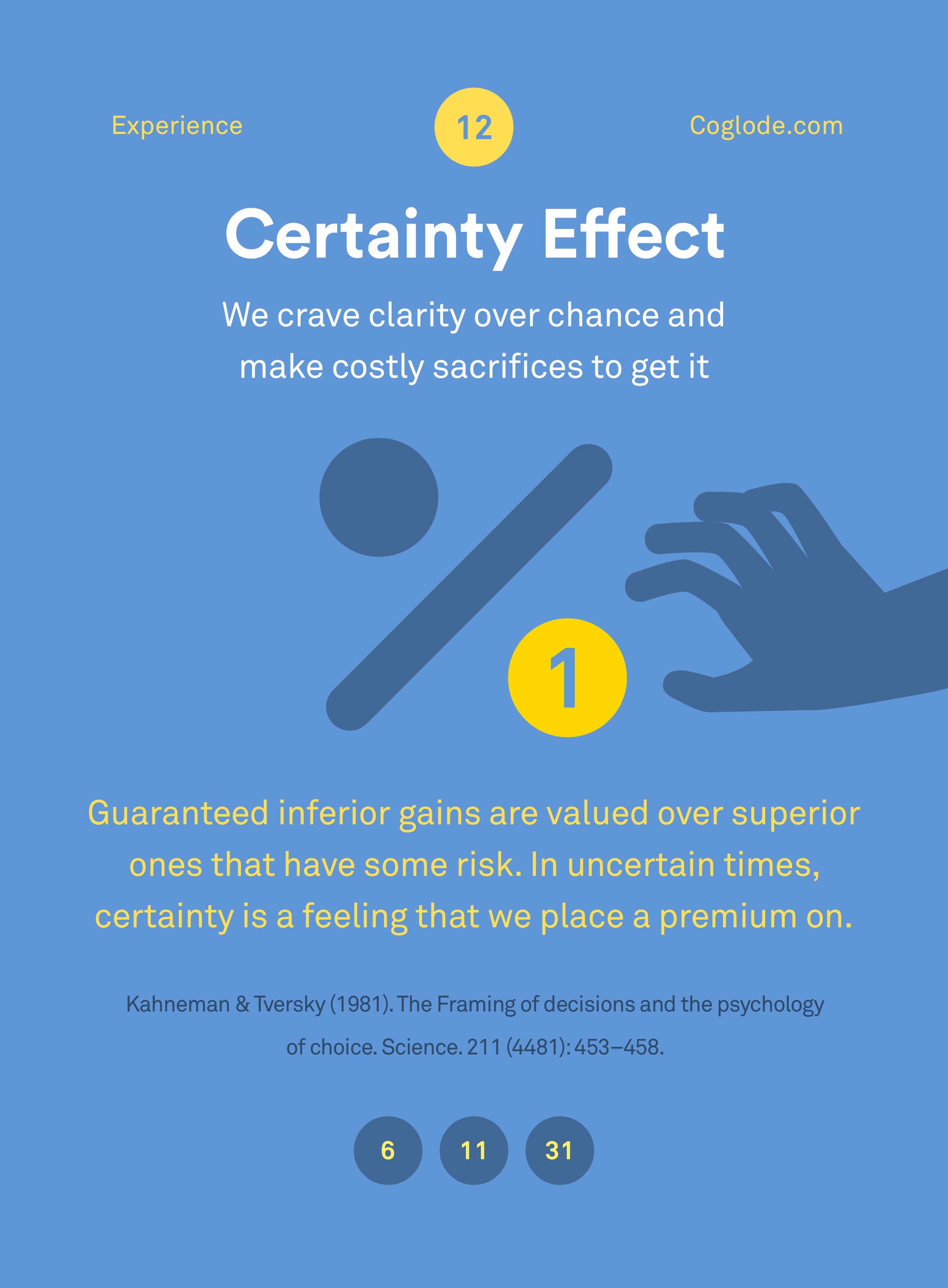 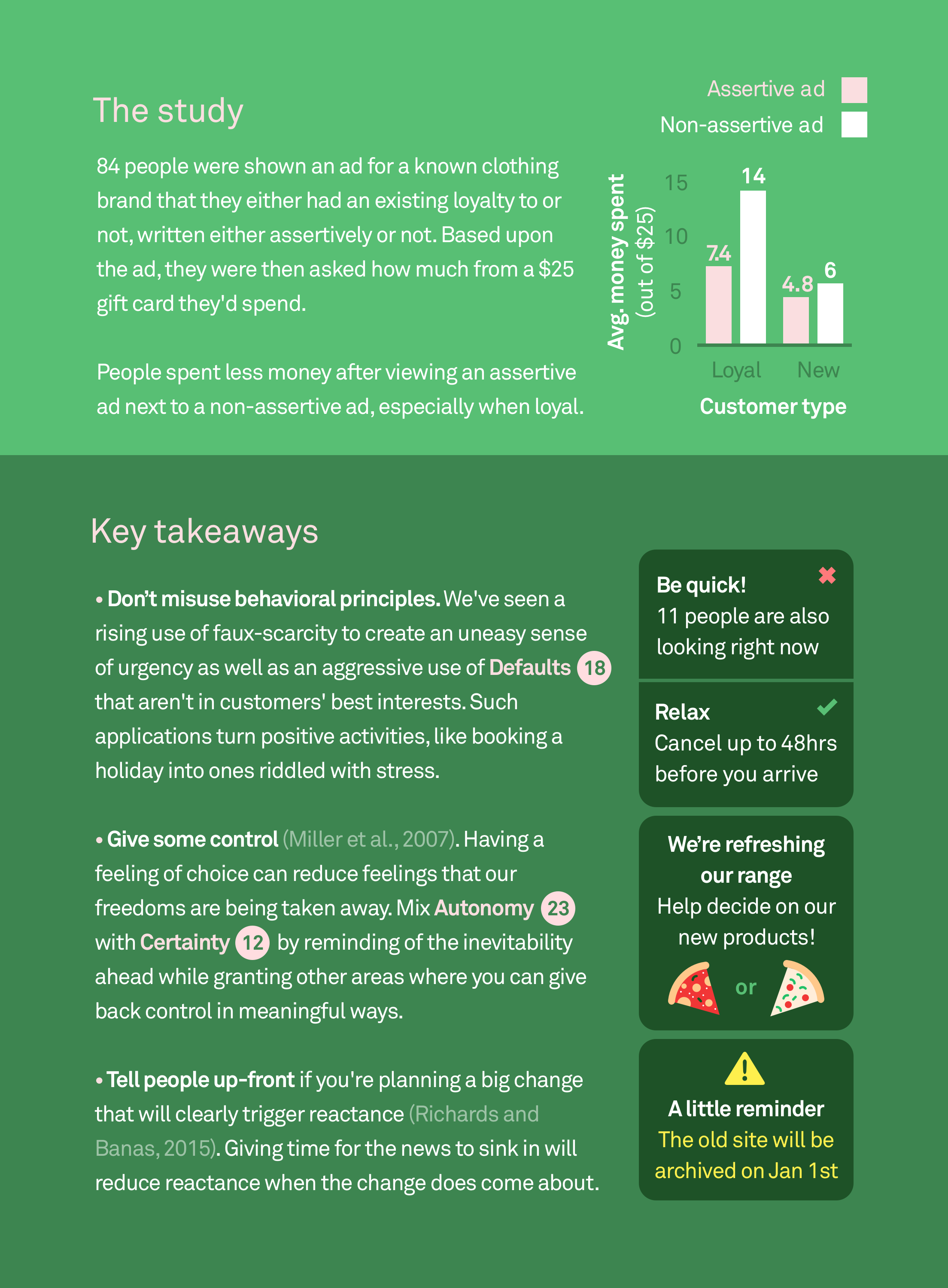 Get the tool
Close